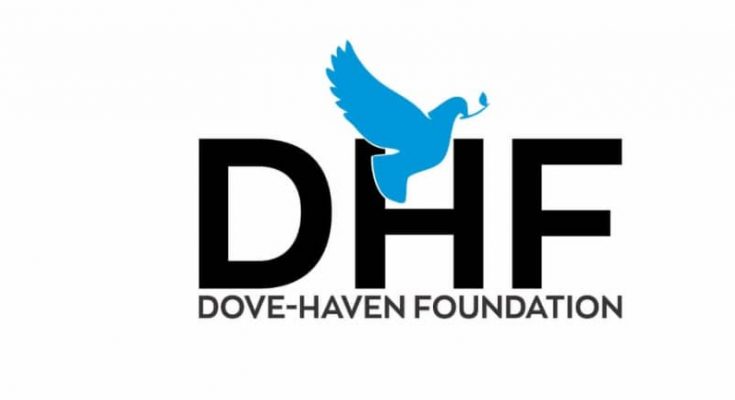 This was contained in the report of panel discussion titled: “Access To Cancer Care in Nigeria: Impact Of Insecurity and Socioeconomic Challenges”  a virtual event put in place by the organisation to address the prevailing cancer threats in Nigeria and the way forward.

The Executive Director of the Foundation, Dr. Ekundayo Samuel and his co-moderator of the event, Mrs. Oluwaseun Anselm also attributed the dwindling economy in Nigeria as one of the obstacles militating against people’s access to cancer care in Nigeria.

Oluwaseun Anselm, the Head of Media and Communications Department of Dove-Haven Foundation, in her introductory remarks, said that men and women from all walks of life, including members of the organisation, founders and directors of other NGOs who had special interest in alleviating cancer threats in Africa formed the participants during the virtual panel discussion on the way out over the development.

In his contribution, Dr. Ishak Lawal, a medical practitioner and specialist on cancer disease, commended the Dove-Haven Foundation for championing this movement especially the impact of insecurity on cancer care access; a departure from the several discussions on the impact of COVID-19 pandemic.

He quoted different reports that shows statistics of growing insecurity in Nigeria without adequate measures to overcome it.

Dr. Lawal expressed sadness that in the middle of all the insecurity and socioeconomic challenges, cancer spread is on the increase stressing that President of AORTIC, Dr Abubaker Bello, established it that ‘there is no single cancer care centre in Nigeria but only center treatment units or radiotherapy units are available in most states.

He noted that Cancer care centre is more encompassing, and one that should be able to offer a comprehensive cancer care from diagnosis to treatment affirming that establishment of cancer centres  will discourage the transfer of patients to and fro from one cancer units to the other in the country.

Also, Dr. Adamu Al-Hassan Umar, the President of Nigerian Cancer Society (NCS) gave a brief introduction of the Society, highlighting the challenges militating against the core visions and goals of the society such as national insecurity, economic hardship, illiteracy, lack of synergy of stakeholders in the cancer space and lack of universal health care for all Nigerians.

He explained how National Health Insurance Scheme can bridge the gap between patients and quality health care saying that several funds had been allocated for cancer care but none had been utilised or poorly used.

He said that it is highly important for synergy among stakeholders and NGOs to ensure proper monitoring of the utilisation of the funds as well as regular engagements.

The Executive Director of DHF, Dr. Ekundayo Samuel, said that the issue of insecurity is alarming and had disrupted some of the plans of the organisation especially in Kogi state where the organisation is situated.

Mrs. Abigail Simon-Hart, a cancer survivor expressed her grievances highlighting the issues of insecurity impeding awareness amongst the rural people, lack of food and treatment funds for cancer warriors in the country.

She further highlighted the role of food insecurity  as unhealthy diet and also a risk factor for cancer as well as  the challenge of physical access due to insecurity and the present pandemic saying that these challenges need be addressed to alleviate cancer threats.

Dr. Omolola Salako, founder of Sebeccly Cancer Care also emphasised on the insecurities having a devastating effect on the health care System analysing “the need to learn from some countries such as Syria and Pakistan. The incessant wars resulted in decimated cancer care infrastructures. She cited the resulting effect of the #EndSARS protest which led to hoodlums looting palliatives, shops, health care centres.

She stated that a typical cancer patient in Nigeria is faced with three types of dilemmas. The first being the dilemma that comes with the news of having cancer and the fear of not knowing how fast the cancer cells will progress.

“The second dilemma of insecurities, anxiety of wars, terrorism and communal violence. And the third dilemma of not having access to treatments and quality health care due to insecure roads, kidnappings, killings etc. All these could lead to forced migration of health care providers and the patients. This leads to delayed or poor treatments. She also reiterated the impact of this insurgency on health care professionals as a lot had been kidnapped and high ransoms paid for their release.

“Also Cancer patients in IDP camps have been neglected. The funds released by the government need to be utilised and benefit people who are truly in need of it. I challenged everyone to rise to the occasion and proffer solutions”

She made the following recommendations: that Patients in war zones or insecure areas should migrate to safe zone, health care professionals need to educate cancer patients on what to do in case of insurgency and insecurities, telemedicine should be incorporated into all centres,  All health records should be digitised and Clinical care must be made to adapt to areas of insecurities.

Dr. Abubakar Bello, the President of African Organisation for Research and Training in Cancer (AORTIC), called on government to always aid cancer patients and reiterated his disappointment in the unutilised funds lying fallow in the ministry of health.

The onus, Dr. Bello said, was left on stakeholders to ensure that the funds are well utilised for its purpose.

On a final note, the Executive Director of Dove-Haven Foundation appreciated everyone who attended the event especially the guest speakers and all members of the organisation; the volunteers, the management team, members of the board and Patrons, Professors Bankole Oke, and Eyitayo Lambo (a former Minister of Health).