Home News Yahaya Bello Must Spare Nigerians of This Distraction 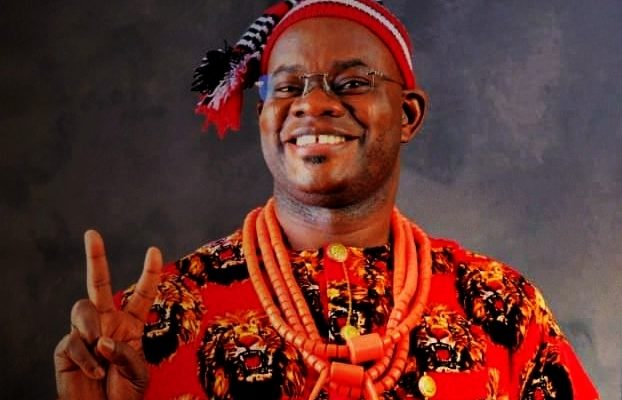 Yahaya Bello Must Spare Nigerians of This Distraction

Let me open this write-up by affirming that, I won’t be deterred whatsoever by the expected contrary views of few fellow countrymen who might support the school of thought that Nigerians aspiring to different political offices should be given the opportunity to exercise their fundamental human rights even when such ambitions seem not in order.

They must recognize and appreciate that, there should be a limitation to any aspiration especially to the exalted office of the president particularly at this critical and very dangerous time in our national life when Nigerians in all walks of life are persistently on their knees, beckoning on Almighty God to turn the nation obvious captivity around by giving them trusted and tested leader with helicopter view, resourcefulness and visionary, very experience, people and developmental centric, leader with empathy, serious-minded and selfless, bridge builder, astute and shrewd manager of men & resources, as well as leader with unusual capacity to reignite and strengthen the bond of unity and togetherness that has been holding the nation together like Asiwaju Bola Ahmed Tinubu, to lead the nation after the expiration of the tenure of the incumbent president.

Even many of Governor Yayaha Bello’s colleagues within the same party are not comfortable with him. In recent times the governors have had cause, a couple of times to jointly disowned him for taking a contrary and very dangerous views different from theirs, on key and very sensitive national issues.

Till date, the governor has continually maintained that, of all the geographical entities on the earth surface, only Kogi state has been spared by coronavirus which has ravaged and subdued the entire global community, including the all-powerful Americans, the entire continent of Europe, China, Japan, Middle East, as well as Africans.

As we speak, not a single one of the protocols packaged at ameliorating the devastating effect of the scourge is being observed in the entire state, a deliberate and calculated ploy to subject the life of the people of the state to unnecessary danger. He has also rejected vaccines meant to be administered on the hapless citizens of the state and this is the man aspiring to lead the most populous and strategic country in the sub Saharan Africa!

In any case, the governor should know better that, his aspiration is ‘dead on arrival’. If he’s not aware, his retinue of aides should re-orientate and educate him that, north central is an integral part of the north and that, top hierarchy of APC are presently making frantic and spirited efforts to move power and authority to the south comes 2023. It’s no brainer! Their patriotic move is geared at ensuring equity, fairness and justice prevail in the land, and more importantly to further foster unity & togetherness amongst the ethnic groups in Nigeria.

The governor is therefore advised to stop dissipating energy and efforts in unproductive and unrealistic venture. Some of his colleagues who gloriously completed their terms are in senate chamber contributing their respective quotas to national development. The people of his Kogi senatorial districts could as well offer him the slot, if he’s found worthy after his governorship tenure.

He’s also advised to stop misdirecting the speakers and the entire members of north central zone parliaments in blackmailing and harassing APC hierarchy on the need to move the presidency to that geo-political zone. The governor must be told in clear terms that, his clandestine move in this respect is enough to further aggravate confusion and pandemonium in the party and therefore rail-road and frustrate the entire plans of the party for the forthcoming general elections.

Also, as much this writer would not attempt to halt the aspiration and ambition of the governor to be the leader of the youths nationwide, such ambition should be within the confine of decency & decorum, maturity and wisdom. The governor is advised to display exemplary conduct befitting of the highly exalted office he occupies if genuinely, his acceptance of the nation youths leadership office is to benefit and confers edge to APC and not for selfish motives of prosecuting presidency agenda that would never come to pass.

It’s instructive at this juncture to advise the governor to take a deep reflection on how he ascended the office in the first place with only 4325 votes thereabout, after the unfortunate demise of the favored and original candidate, Alhaji Abubakar Audu and therefore refrain from this overambitious tendency that would only affect the fortunes of the party that magnanimously offered him the platform to thrive and blossom into the office of the governor.

It’s also important he reflects on how his second term aspiration became a big challenge for the party, so much that he had to be running from pillar to post and in the process, ran to Asiwaju Bola Tinubu for political salvation. It was after his visitation to Burdillon that the coast became clear and all other equally strong opponents were pacified to step down and work for his emergence for second time. Even despite this, the presidency in collaboration with Burdillon had to deploy political solution and strategy until the last minute to ensure that, he eventually emerged.

One expects the same governor to show debt of gratitude and appreciation by deploying all resources within his disposal to mobilize the good people of north central zone to work for the presidency aspiration of the Burdillon Lord who not only stood as a pillar of support for him throughout his period of challenge, but also pacified the opponents, as well as mobilized and canvassed for the support of party men, as well as entire people of Kogi state to ensure that the governor was returned for second term in office.

This piece is therefore to passionately appeal to the governor to spare the nation of the distraction of his presidency ambition and henceforth collaborate with other discerning men of goodwill and purpose who are working tirelessly to ensuring that APC retains power comes 2023, even against all odds.

Previous PostActivist Petitions Council Chairman Over Criminal Activities of Hoodlums in Okene Next PostYinka Odumakin: The Realism in a Revolutionary