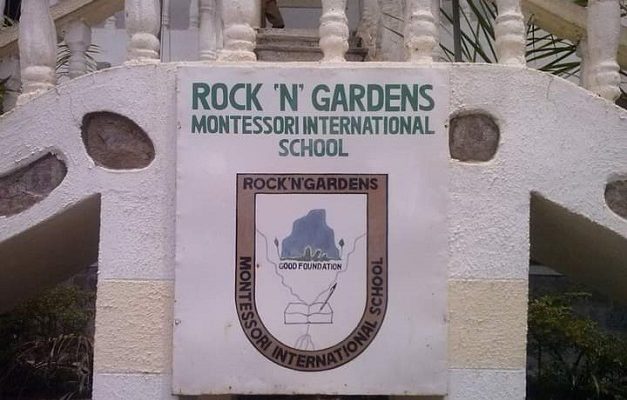 Following the malicious and damaging news making the rounds in the social media, about an alleged but unfounded claims that the school, Rock ‘N’ Gardens Montessori International Group of Schools located in Lokoja is being used to promote rape and illicit sexual activities, the Management of the school has brazenly refuted the malicious claims.

In a statement signed by Mrs Ule Iduh, the school Proprietor and made available to newsmen, the school, in line with it’s vision and mission which included ‘Building good foundation for the upcoming generation,’ cannot live below it’s bounds and mandate by promoting acts that negate societal norms and values among which included the condemnable act of rape and sexual violence, adding that the rumor is a figment of the imagination of some mischief makers who are surreptitiously bent on damaging the good name, imagine and integrity of the highly reputable citadel of learning.

According to the Proprietor, the suspected perpetrator of the heinous crime, Mr Abdulkareem Sule had resigned his appointment from the school since 2018 to join another organisation in Kastina State, while the alleged victim (names withheld) left the school in 2019.

“So the claim by the victim that she was raped in the school premises is false especially when viewed against the backdrop that according to her, the action took place after she had sat for and concluded her WAEC examinations.”

While warning peddlers of the malicious claims to desist from attempting to drag the good name of the college in the mud, Mrs Ule Iduh said that the mischief makers are jobless people whose stock in trade is to, through peddling of unfounded rumors, curry favor from unsuspecting members of the public, an act that is not only condemnable but also inimical to the throwback mechanism of  educational development, an attribute the school is known for and appreciated by people of the state in particular and the nation in general.

The Proprietor added that since coming on board in 1999, the school has been living above the board especially in the area of discipline and high academic standards and would not be distracted by some elements that mean no good for high standards of education in the nation.

The Proprietor further stated that immediately the news was heard, the school authority suspended the school principal who was alleged to be an accomplice to the criminal act so as to pave the way for unhindered and untainted investigation into the incident.

While reiterating the avowed commitment of the Management of the school to the provision of quality education to the students under its care, the principal advised parents to always be concerned about the whereabouts of their wards, given the current state of insecurity across the nation, adding that it would be grossly irresponsible act for the Management of the school to collect money from the parents and expose their wards to insecurity and other forms of illicit affairs.

She concluded by urging parents to as usual, continue to repose implicit confidence in the ability of the school to continually render qualitative education to their wards, adding that the case would be pursued to a logical end by the Management of the school.