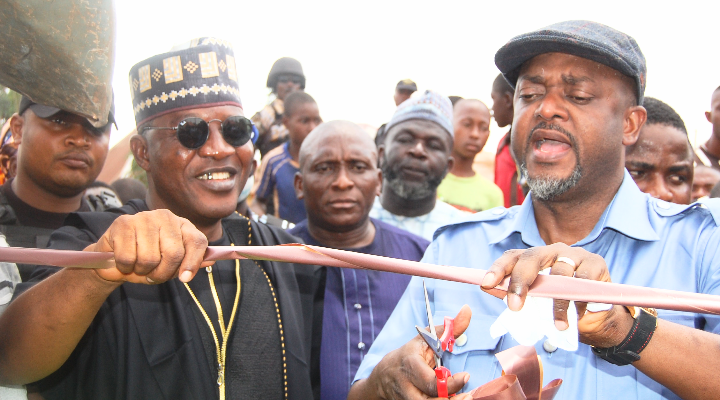 It was all joy for the people of Ankpa, Omala and Olamaboro Federal Constituency of Kogi State as the member representing the area in National Assembly, Rep. Abdullahi Ibrahim Ali Halims commissions fifteen solar powered boreholes and a three kilometer earth road in the area.

While flagging off the commissioning, the Executive Governor of Kogi State, Alhaji Yahaya Adoza Bello said that the APC led government of Nigeria and Kogi State is determined to make life meaningful for citizens at all times.

Bello, represented by the Deputy Governor, Chief Edward Onoja, stated this at Angwa-Ogebe while addressing a crowd of constituents and further noted that Rep. Halims is an inestimable asset with no mean repute and has over time proven to be the best man to represent Ankpa federal constituency since its years of existence.

The two-day commissioning exercise which lasted between Monday 5th April, to Tuesday 6th April, 2021 had many dignitaries in attendance – the Director General of the National Productivity Centre, Dr. Kashim Akor, members of Kogi State House of Assembly, local government council Chairmen and Councilors.

Rep Halims, in his address during the flagging off at his community in Angwa, re-affirmed his commitment to doing more with the mandate he is entrusted with.

“In December 2019, we carried out a record empowerment of one thousand constituents after which we have been doing our best in the four thematic areas of our capacity building agenda, which are health, education, agriculture and infrastructure development,” he said, stressing that the commissioning exercise is a confirmation of his determination to deliver on campaign promises made.