Home News Opinion: Should This Miniature Project in Ankpa Be Celebrated? 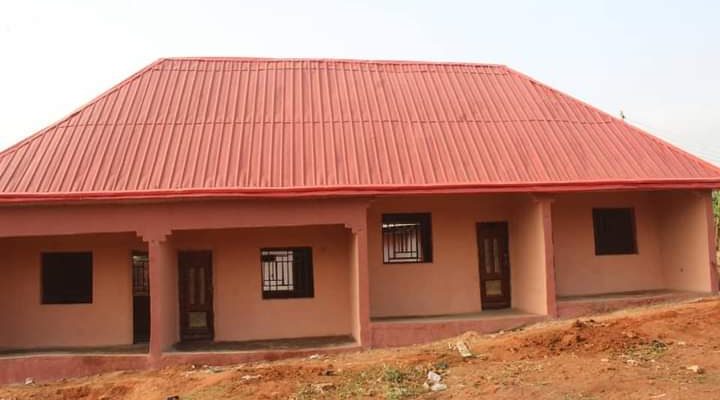 Opinion: Should This Miniature Project in Ankpa Be Celebrated?

A couple of days back, the Deputy Speaker of Kogi State House of Assembly, Honourable Ahmed Muhammed commissioned the house he built for the persons living with disability in Ankpa local government area of Kogi state, and it was graced by the Deputy Governor of the State, Edward Onoja, House of Representatives member representing Ankpa federal constituency, Hon.Abdullahi Ibrahim Halims, and others.

What I still find it difficult to understand is that why the whole Deputy Speaker of the House Assembly, built a house that is not worth of millions and invites people to celebrate him that he has done something worthy of celebration.

This is not his first time in the House, but his second tenure as the representative of Ankpa 1 state constituency.

If the mushroom building could draw the attention of those with identifiable material credentials to be called dignitaries to grace such show of shame, then Kogi State, Eastern senatorial district to be precise, have a long way to go in terms of human capital development. Little wonder many writers has described Kogi under the incumbent administration to be on the wrong boat.

His recognition of a problem in the area to be solved is commendable. However, what about some governors, House of Assembly members who have done immensely well in their respective constituencies with eye-catching edifices and other laudable infrastructures without unsolicited drama as displayed in Ankpa on Sunday? It is an insult to our own collective reasonability to gather people to commission/celebrate a project with a worse mushroom value and costs.
Is it not better such little edifice is built, furnished and handed over to the beneficiaries without usual jamboree and unacknowledged publicity? No, here in my local government, everything is worth celebrating. Even if toilet is provided, the praise singers and bootlickers will be present with their compromised ego and hunger infested starched clothes to deliver on their undignified mandates.

In an ideal society where youths serve as fulcrum of development, and unarguably tomorrow leaders, they always hold their leaders accountable and dramatic show of shame as witnessed on Sunday won’t be entertained.

Who has done this to us? Where is the empowerment they promised youths during their electioneering campaigns? What have they done with the constituency allowance? Probably, it is his own that he might argue he used in erecting such ridiculous mushroom called house.

The Deputy Speaker, should as a matter of urgency, treat the commissioning as shame to his personality and the entire good people of Ankpa local government. I believe this will also be recorded in his arguably shaky achievement that he built house for persons with disability.

May God give us wisdom to know the truth, otherwise Ankpa cannot grow more than this, because those adjudged to be elites, leaders are using us to catch cruise and portray no traits worthy of emulation.

Previous PostKogi: Council Chairman Restricts Movement of Logging Trucks Across Yagba West Next Post'If You Like, Raise Maradona From Grave and Invite Him for Novelty Match, Your Battered Image is Beyond Redemption' - Okai Tackles Kogi Gov