Home News Labour Set for Battle With Kogi, Other States Yet to Implement Minimum Wage 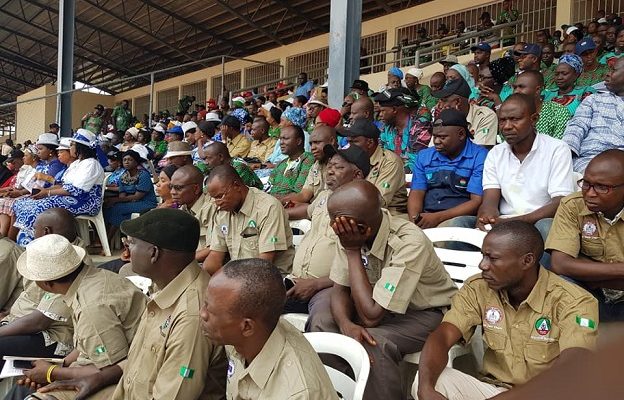 Labour Set for Battle With Kogi, Other States Yet to Implement Minimum Wage

Organised labour has vowed to go after states yet to implement the N30,000 national minimum wage approved by the Federal Government since October 2019.

Acting National President of the Association of Senior Civil Servants of Nigeria (ASCSN), Dr. Tommy Okon, who spoke at a media briefing in Lagos on Thursday said the association had taken a decision and would soon unfold its plans, insisting that the situation had reached a point of no return.

Okon said Anambra and Taraba already concluded negotiations, but have not started paying.

“Bauchi, Benue, Kebbi, Kogi, Nasarawa, Kano and Zamfara are in the negotiation stage,” NAN quoted him as saying.

While commending states that had concluded negotiations and began implementation, he said Kano State had not commenced negotiations, but had also reduced workers’ salaries.

Okon said it was an aberration for any government to reduce salaries after a new minimum wage was passed into law, adding that labour leaders had exhausted avenues of industrial relations and collective bargaining and, therefore, would not hesitate to fight recalcitrant states.

“Our wage is our right. We are not begging. President Muhammadu Buhari signed the national minimum wage into law and it should not be negotiated. Some state governments are saying they cannot pay and they have refused to tell us how much they spend on security vote with the level of insecurity in the country.

“Why do states renege on agreement when they know that its is a potential time bomb? When we enter into agreement, it is a simple rule of collective bargaining. We have reached an agreement and they are reneging without informing the parties involved and see how we can discuss from time to time,” he said.