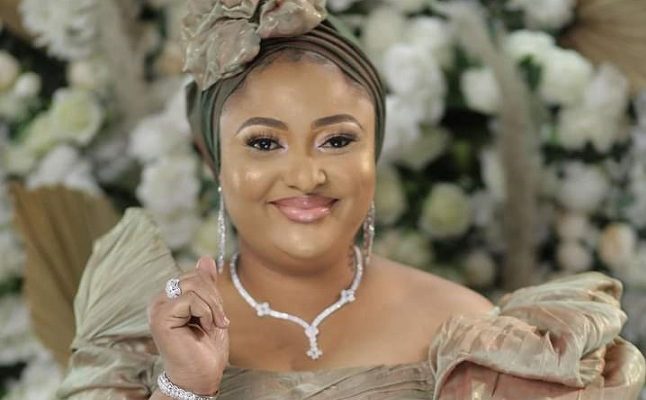 Speaker of the Kogi State House of Assembly Prince Matthew Kolawole has joined family members, friends and associates to celebrate wife of the Executive Governor of Kogi State, Hajia Rashida Bello on her birthday celebration.

The Speaker said it is heartwarming to celebrate a great icon whose passionate love for the overall development of not only Kogi state but the entire country and humanity cannot be over emphasized.

He noted that First Lady remained one of the strong supporters of the new direction administration led by her husband, Governor Yahaya Bello that is up and doing to reposition the state for the betterment of all.

He described her as a dependable personality whose consistent efforts are geared towards giving back to the people at the grassroots through her numerous programs which is not limited to the widow empowerment program, rural health care, education for girl child  etc, stressing that she has carved a niche for herself with her monumental contributions to humanity.

He prayed that God will grant her more years ahead in good health and prosperity.

Also, the State Commissioner for Women Affairs and Social Development Hon Hajia Mrs Fatima Buba Kabir, in a statement she personally signed on Sunday, described Mrs Bello as a quintessential woman who has contributed meaningfully to nation building and the world in general.

She described Mrs Bello as an outstanding woman with great repute, who is loving, kind, accommodating, caring, hardworking, prayerful and has the fear of almighty Allah.

She said Mrs Rashida Bello has been very supportive to the present administration which no doubt has made Governor Yahaya Bello as the most impactful Governor in the history of Kogi State.

The Women Commissioner also lauded the first lady for initiating programs in the state that has touched the lives of women adding that, through her reforms, Women now have sense of belonging in the political space of the country.

Hajia Kabir however prayed that the Almighty Allah will continue to protect and guide the first lady as her good work for people of Kogi State will never be forgotten in the years to come.
While wishing her a prosperous years ahead,   Hajia Kabir on behalf of the Ministry of Women Affairs and Social Development reiterates her unflinching loyalty and total support for Mrs Rashida Bello adding that her blueprints has provide much confidence for women in Kogi State.