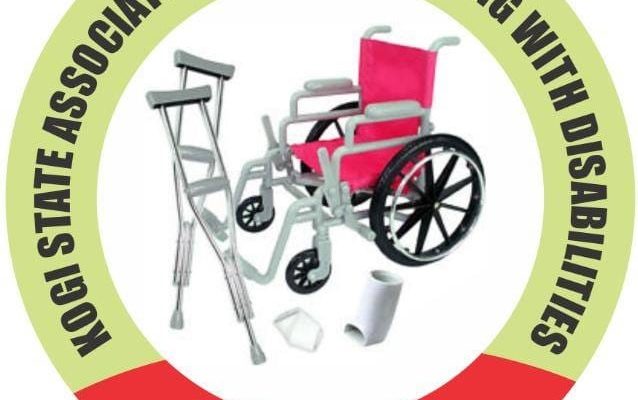 It is an obvious fact that glories attained through selfish principles, usually end in shame and guilt.

I am sure we are all aware as believers in any of the two major religions in Nigeria that whatever we do on earth doesn’t end in this world, knowingly or unknowingly will definitely not end here but transcend to us hereafter,

I don’t know why Daniel Arome and his selfish team, the Unelected Executives of People Living With Disability (PWD) Association in Kogi State want to perpetually continue cannibalizing on the general people with disability in Kogi State.

I remember in 2018 when we, people living with disability, from Kogi Central paid a courtesy visit to the office of Mr. Daniel Arome to ask why nobody from Kogi Central was part of the executive running the affairs of PWD in Kogi State. They couldn’t present a single person from Kogi Central in their so-called executives but Mr. Arome told us that only PWDs residing in Lokoja metropolis are eligible to be part of the executive. I rose up and asked him that “are those in the presidency, National Assembly and Ministers running the affairs of Nigeria in Abuja are all from FCT or from different part of Nigeria?” This question has never been answered, up till today.

The baseless and worthless defence commuiqué posted on Facebook by Daniel Arome’s boys popped out numerous questions which are begging for numerous answers;

2. If actually we have 200 participants in the occasion as claimed in your defence petition, and you divided 1 million among 200 participants, where did you and your cohort executives found #30,000 naira later sent to us after pressurising for Justice and fairness?

3.  Mr Daniel Arome claimed that there are PWDs from Kogi Central in his executives, however, those he listed in his statement are not known to the local government chapter of the association of persons with disabilities in Kogi Central, nor have those baits ever attend meeting with other PWD members in the local government they are claiming to be representing in Lokoja.

It is obvious and known to everybody that Queen Christopher they claim is their treasurer is not even from Kogi state let alone originating from Ogori/Magongo local government.

I termed those Daniel Arome is parading to be from Kogi Central as baits because he is using them for his selfish interests.

4. Let’s check the 116 slots of the social investment programme allotted for PWDs in Kogi state.

Miss Bilikisu claimed that 42 slots is for women with disability across the 21 Local Government in Kogi State. That is 42÷21=2. Which means 10 slots could have be for Kogi Central.

Even, a fool can identify the injustice in the division ratio of the slots.

The #100,000 monthly subvention, spanning 11 months, that Mr Daniel and his executives embezzled and cannot account for is in the public domain. The state government is not that porous enough for you to continue siphoning money from it and use it for your own selfish interest.

Let me also drop this in the public domain; Just before the 2019 governorship election in Kogi State, Inclusive Friends Association held a sensitization program at rehabilitation center in Lokoja. Arome and Solomon Yahaya were to organize visually impaired and blind for the program from the 21 local governments in Kogi state with the instruction that visually impaired or blind person must come to the program with 1 aide each. But Arome and Solomon never told all the participants from Kogi Central to come with their aides until we got to the occasion and discover it. Solomon went outside the premise of the venue and searched for 4 people to serve as aides for 4 participants from Kogi Central. In a nutshell, after the program, the participants and their aides were paid 5000 naira each. Arome and Solomon withdrew the money from the aides of the participants from Kogi Central without compensating them well and kept it to themselves.

The above statement should have made enough clarity that Daniel Arome and his so called executives are not working for the generality of persons with disabilities in Kogi state, rather for his selfish interests.

If somebody really cares about you, they will never put you on the back burner. No matter how long you have traveled on the wrong road, you can always turn around.

I strongly advise Mr. Arome Ibro to do the rightful and remove greed from his leadership style before he finally drags Kogi State Persons Living with Disabilities to the dust or mud of shame.