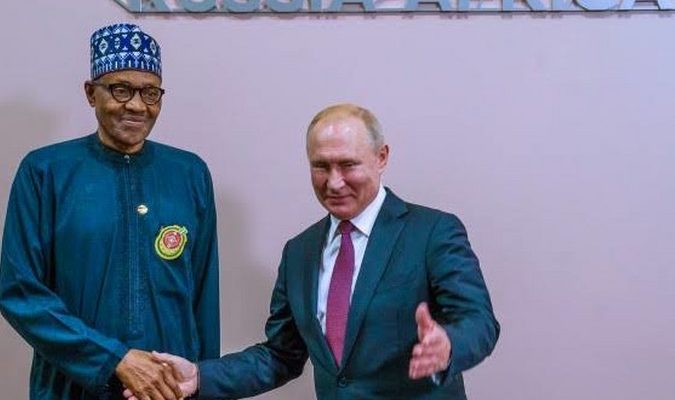 A community leader and rights activist based in Kogi State, Chief Haruna Ahmed Osike has commended President Muhammadu Buhari for his relentless effort made so far to revitalize the ailing Ajaokuta steel company, describing the effort as best to revamp the nation’s economy.

Chief Osike who stated this in Okene, Kogi state on Tuesday while interacting with newsmen, said the political will wielded by President Buhari for the completion of the over fourty years abandoned Ajaokuta steel company is commendable, urging Nigerians especially the National Assembly members and Governors to support the president to achieve the feat for the nation.

Speaking on the gains of resuscitation of the steel company, the human rights activist said “Once the current administration of President Muhammadu Buhari is able to revive the ailing industry through his recent effort, first he will succeed in putting the nation on a threshold of industrialization.

“Secondly, the government will not only reduce the high rate of unemployment in the country , it will end the incessant youth restiveness and criminalities associated to lack of jobs because if Ajaokuta steel company is operational every other rolling mills like the Delta Steel Company Limited Aladja, the Jos Steel Rolling Mill, the Oshogbo Steel Rolling Mill, the Katsina Steel Rolling Mill, and the National Iron Ore Mining Company (NIOMCO) at Itakpe all will be functional and could provide nearly a million jobs.

“Thirdly, the dwindling revenue from the oil will be a thing of the past as the steel industries in Nigeria will generate enormous income for the country.

“Again , Ajaokuta steel company is capable of generating up to 110 MegaWatts of electricity and the industry can not consume up to half of the power generated , so the remaining unused MegaWatts can be channel to the national grid and that also will generate huge revenue for the federal government.

“That is why we are appealing to President Muhammadu Buhari day and night to see the reasons for the completion and operationalization of Ajaokuta steel company and so far his effort and the concern shown by the president has raised our hope that very soon if not this year God in his infinite mercy will give the president the strength to achieve the feat for Nigerians,” Chief Osike stated.

While commending the effort of the Minister of mines and steel development Arc. Olamilekan Adegbite, the permanent secretary of the ministry Dr Oluwatoyin Akinlade and the Sole Administrator of Ajaokuta steel company Engr. Abdul-Akaba Sumaila for their resolute in ensuring that the steel company come back to life , Chief Osike advised the staff of the steel company to remain committed and support the federal government to achieve their plan of reviving the industry.

He also charged the youth in the country especially those that does not have the financial capacity to attend tertiary institutions to acquire skill and obtain their trade test in readiness to secure jobs in Ajaokuta steel company by the time the steel plant is operational.